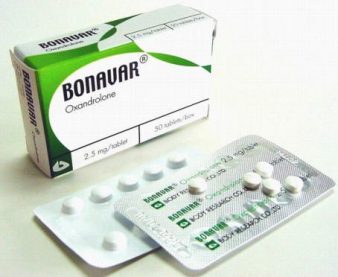 Why Bonavar is The Best Type of Anavar

Bonavar is the brand name for one of the best Anavars ever made. This popular anabolic-androgenic steroid is used in bodybuilding and is effective thanks to the presence of oxandrolone. Oxandrolone is effective for both cutting and bulking cycles and is used medicinally for treating osteoporosis in women and helping HIV patients gain weight.

Using Bonavar can lead to enhanced strength without causing increased body weight. Bonavar doesn’t cause water retention, as other steroids do. This is why Bonavar has become so popular for athletes and bodybuilders preparing for competition. The muscles gained by using the steroid are of high quality and aren’t going to just disappear once you discontinue Bonavar use. Bonavar also comes without the risk of gynecomastia in men as the product doesn’t prevent natural testosterone production.

Bonavar is typically taken alongside other steroids in a stack. Using Bonavar alongside Clenbuterol, for example, leads to muscle mass and hardness. When used to prepare for competitions, it’s typical to stack Bonavar with Trenbolone or Stanozolol.

While Bonavar is slightly toxic to the liver – as with any other steroid – the health risks are relatively low, and it is unlikely users will experience adverse side effects.

Bonavar is typically used as part of a cutting cycle because it burns through fat and enhances metabolic function. The result of this is that you end up with a lean and hard physique.

The steroid is less useful for bulking, but can still be used for it. If you want a really effective bulking steroid, though, then you should consider using something else instead. Using Bonavar for serious muscle mass gain could involve having to take a high dosage that could be risky.

Here are the primary benefits of using Bonavar;

SHBG binds to androgens and estrogens. By inhibiting SHBG, Bonavar helps to promote the release of free testosterone. More free testosterone gives your anabolic environment a boost. It also makes any other steroids you are taking more effective.

Inhibiting the production and release of muscle wasting hormones is the medical purpose of Anavar and is seen in Bonavar. The steroid is used to prevent muscle wasting, and even reverse it. The ability to inhibit cortisol and other similar hormones means that bodybuilders will have an easier time keeping the muscle they build up when taking Bonavar.

Bonavar is used as a treatment for anemia because it promotes red blood cell production. Improving red blood cell count like this increases endurance as the body has better access to oxygen and nutrients when exercising. Not only does this naturally improve performance, but it also improves vascularity.

Bonavar is effective at burning fat and calories because it improves metabolic rate, meaning the body burns through sugar and fat faster.

What to Expect When Taking Bonavar

The power of Bonavar lies in how it can help users to retain their current muscle tissue while burning fat during a cutting phase. One of the dangers of cutting is losing muscle mass along the way. There’s also no risk of water retention, which is an excellent benefit for anyone looking to lose weight and what makes the steroid so popular with competitive athletes and bodybuilders.

Bonavar increases the rate at which your body builds fat to leave behind a lean and ripped physique. Here’s what you can expect when you start a Bonavar cycle;

There’s a reason that Bonavar is considered the best Anavar on the market, and that is because it offers the best benefits.