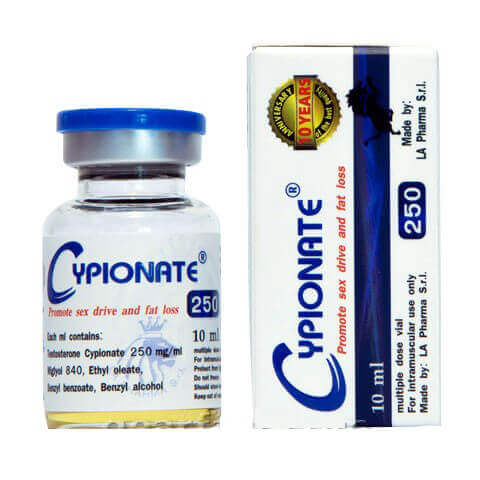 There’s just not enough time in the day to get everything done. Many people turn to steroids and supplements to give themselves that boost they need. Testosterone supplements aren’t something you can take indefinitely, however, so it’s good to know what coming off testosterone cypionate is like. Are there side effects? How long do they last? Here’s what you need to know about cypionate withdrawal.

Steroids such as testosterone cypionate are used to boost sports performance, eliminate body fat, and improve overall muscle mass. There’s nothing inherently wrong with using steroids and they can be used to great effect in a healthy and productive way. With that said, there is still the potential for steroid abuse. Steroids don’t cause the same “high” that other drugs do, but they are still potentially addictive. Coming off testosterone cypionate may cause steroid withdrawals, especially if you’ve been taking more than you should.

In general, steroids affect adrenal glands. In particular, they cause adrenal glands to produce and secrete more hormones. Steroids focus on the adrenal glands as these glands are responsible for producing steroid hormones naturally in the body. When doctors prescribe or recommend people take supplements to improve their testosterone levels, they generally advise having a tapering off period to give the adrenal glands time to return back to normal. Suddenly stopping steroids increases the risk of withdrawal symptoms, so be sure to take a slow but steady approach.

How Long Does Steroid Withdrawal Last?

How long steroid withdrawals can last depends on the person and their individual circumstances. Things like how long you’ve been taking testosterone cypionate for and how much you took are big factors. In general though, the following is a broad timeline of steroid withdrawal;

How long it takes for withdrawal symptoms to set in depends on the half-life of the steroid in question. Cypionate stays in the system for around 22 days in all and wears off after around 15. The first symptoms of steroid withdrawal include nausea, headaches, and irritability. These should set in after about two weeks of your last testosterone cypionate injection.

It’s around this point that the symptoms start to intensify. By the end of the first week you’ll notice a reduction in alertness and energy. This is also when psychological symptoms such as anxiety and depression can kick in.

It is possible for symptoms to persist into the second week. Symptoms are usually much calmer in the second week and they will start to fade out completely at this point.

Steroid withdrawal from testosterone cypionate can be a problem, but there’s not much to worry about if you don’t abuse steroids. Don’t forget to get medical help if you feel you need it, as there are plenty of steroid withdrawal programs and detox programs available. In general, you can safely come off testosterone cypionate in an effective manner.