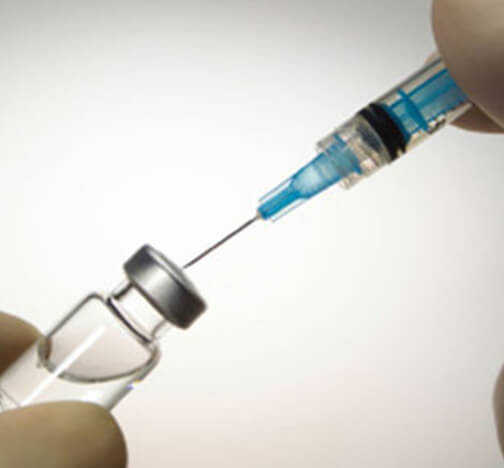 Running and Doping – Do Athletes Cheat? What are the Substances Used in Doping?

The road runners from the non-elite level often take up the sport for the advancement of their health. They take it as their responsibility towards their well-being. However, often these runners opt for dietary supplements for improving their health along with potentially enhancing their running performance. Now, when it comes to supplements, side by side, you might have the banned performance-enhancing drugs (PEDs) buzzing around your head.

Well, the supplements are legal and widely available. However, research shows that the difference between supplements and banned PEDs is progressively blurry. You can’t deny this fact since you repeatedly find the cross-contaminated and mislabeled supplements. The point here to note is that these products are likely to pose health risks to unsuspicious users.

The anti-doping agencies are conveying warnings to elite runners about the relevant risks of the banned PEDs. But, any sport or anti-doping body rarely tells the non-elite runners to be cautious of supplements. However, they are overwhelmed with media coverage regarding the scandals of doping. These reports usually comprise only a few of the banned substances in sport.

The 15th Athletics World Championships that opened on August 22 in Beijing, China, presented a tough challenge for the organizers. Claims in early August of mass doping among athletes mean that any untoward behavior will disturb the integrity of the competition.

Media revealed that a third of endurance runners who bagged the world championship and Olympic medals from 2001 to 2012 might have cheated. Media reports that they might have cheated by blood doping or taking performance enhancers. Also, according to the report, more than 800 track and field athletes have returned unusual blood tests. It suggested that they were cheating with impunity.

The WADA or World Anti-Doping Agency uses a battery of blood and urine tests to check out if athletes are cheating. A crucial device is the biological passport program. It tests all athletes to detect performance-enhancing drugs and doping.

Let’s check out the substances that runners use in doping.

The use of recombinant human erythropoietin is a method of doping. It stimulates the production of red blood cells in the user’s body. Erythropoietin (EPO) is something that our body naturally produces. However, the recombinant EPO is the synthetic version.

EPO’s power to enhance the number of red blood cells promotes a dramatic oxygen increase in the blood. Thus, it boosts athletic performance. EPO has involvements in numerous scandals of doping in sports like distance running, cycling, cross-country skiing, etc.

CERA stands for Continuous Erythropoiesis Receptor Activator. It is a third-generation form of EPO opposing to the earlier forms of this substance. Unlike them, the advanced form needs less frequent injections since it has an extended half-life. Athletes often administer CERA to enhance oxygen-carrying capability. It helps in boosting endurance. Well, users may also take it after training. It will facilitate a speedy recovery.

Anabolic steroids mimic testosterone, a hormone that men produce in their testes. Also, the ovaries in the female body produce it but in a way lower extent. Testosterone and the other relevant compounds contribute to muscle growth. That is why increased levels of these compounds in the blood can help athletes to enhance the size and strength of their muscles. Athletes also say that anabolic steroids reduce body fat and facilitate fast recovery after injury.

HGH (Human Growth Hormone) is also known as Somatotrophin or Somatotrophic hormone. It is a hormone that our body naturally produces. The cells in the anterior pituitary gland located at the base of the brain synthesize and secret this substance.

The chief role of HGH in the growth of the body is to stimulate the liver and other tissues to secrete IGF-1, an insulin-like growth factor. IGF-1 enhances the production of cartilage cells. It stimulates the growth in the bone while it also plays a crucial role in the development of muscle and organs. All these together contribute to improving sporting performance.

The use of Diuretics is widespread in the field of sports as a masking agent that prevents the detection of another banned compound. Along with masking other compounds, diuretics can also help athletes lose weight. It is helpful when they need to qualify in a particular weight category in any domain of sport. The diuretics that health enthusiasts prefer taking are bendroflumethiazide, furosemide, and metolazone.

Have you heard about the Synthetic oxygen carriers/hemoglobin-based oxygen carriers (HBOCs) or perfluorocarbons (PFCs)? These are purified forms of proteins or chemicals that can carry oxygen. They help in the emergency therapeutic processes when:

The incorrect use of synthetic oxygen carriers in doping purposes can promote the risk of cardiovascular disease. Also, it can cause other serious side effects such as heart attacks, strokes, and embolisms.

Blood doping enhances the ability of blood to carry more oxygen. It can have a considerable and direct impact on VO2max. VO2max is the measure of the aerobic capacity of a person. Therefore, blood doping is one of those illegal ways that enhance performance and endurance.

Athletes blood dope through blood transfusions or several compounds to enhance red blood cell count (hemoglobin). When the users transfuse blood into their bodies, they can re-infuse the blood of their own (autologous) or take the blood from another person who is serving as a donor (homologous).

After that, the blood is out of the body. And the user takes it for transfusions. Then, several components are removed from the sample and then frozen. Up to four elements that get removed from the blood are red blood cells, plasma, platelets, and cryoprecipitated antihemphilic factor (AHF).

The red blood cells get returned to the body of the athlete when the sample gets infused again. It helps in increasing the ability to carry oxygen. When athletes re-infuse their blood, it leaves no direct way that can help in detecting what they’ve done. However, indirect detecting methods can help in this regard. One of those helpful solutions is measuring the hemoglobin mass/red blood cell size. The other is measuring the metabolites of blood bag plasticizers (derivatives of the container that stores the blood).

Also, the testers can indirectly search for the presence of plasticizers while doing urine tests. Stored blood stay exposed to the plasticizers and their metabolites. That is why the experts can detect it when it expels through urine. Thus, the combination of blood and urine analytic procedure is useful in the detection of potential doping trespasses through transfusions of blood.

Insulin stimulates glucose intake in the muscle. Also, it aids the formation and sustenance of muscle glycogen. Athletes can use it for events when they need high endurance. Some incidents say dopers abused it along with growth hormones or anabolic steroids that boost the growth of muscle.

Misuse of insulin lowers blood sugar levels. It is a condition known as hypoglycemia that can leave a negative impact on cognitive function. It can cause unconsciousness, seizures, etc. Also, in some severe cases, it can cause brain damage leading to death.

Improvements in gene therapy for medical reasons mean potential cheats. It might need users to undergo processes that will advance their genes. It will enhance their physical competences. There is no evidence if it has ever been in practice. However, athletes use gene doping for increasing muscle growth, endurance, pain perception, blood production, endurance, oxygen dispersal, etc.

To fight against doping, athletes are continually searching for ways that will advance their performance and help them avoid detection. The biological passport stands as a helpful tool that will limit the practice of doping. However, these days, it seems that many athletes have already found solutions to avoid it.