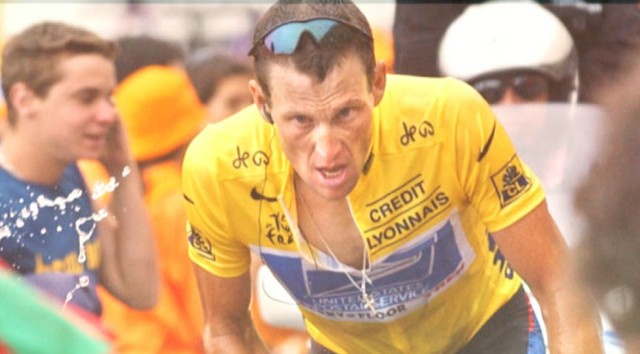 What Steroids Did Lance Armstrong Use?

The story of Lance Armstrong was known around the world when the cyclist was at his peak. Lance was a phenomenal cyclist for much of the 90s and early 200s, having won the Tour de France seven times. Lance was diagnosed with testicular cancer about halfway through his career, but he was able to recover from it. He went on from there to create a foundation to help those affected by testicular cancer.

Things came to an abrupt halt for Armstrong when, in 2012, he was found guilty of using performance-enhancing drugs. Armstrong had denied taking them for years, but the truth eventually caught up with him. The question on most people’s minds, though, is this; what steroids did Lance Armstrong use? Let’s take a look at these steroids and how they work.

EPO was used by many athletes because there was no viable test for it until 2000. EPO boosts red blood cell production to improve endurance. Lance admitted to taking EPO under programs put together by Dr. Michele Ferrari. One of Armstrong’s teammates was told to inject it directly into his veins to reduce visibility to 12 hours, meaning he would need to be tested early even to have a chance of it being detected. Armstrong was found to have used makeup to hide the bruising caused by an EPO injection.

Blood transfusions became more popular after the development of the EPO test. Armstrong would have his blood taken out, stored, and then replaced and reinfused to stimulate the effects of taking EPO.

Tyler Hamilton described seeing Armstrong take a mixture of Andriol, also known as liquid testosterone, and olive oil. The compound was created by Dr. Ferrari and was taken orally. Armstrong squirted the oil into the mouth of Hamilton at some point during the 1999 Tour de France. Andriol increases power and strength and can also be taken through patches. Armstrong would wear the patches overnight. It can be challenging to detect Andriol and other testosterone boosters because testosterone is produced naturally in the human body.

Cortisone is a steroid used to reduce pain and inflammation. Athletes are allowed to use it if they have a medical need, but otherwise it’s prohibited. Armstrong and his crew would get around that by having falsified documents saying that they needed to take it. USADA claims that Armstrong would use cortisone injections or pills. Armstrong tested positive for the steroid in 1999 and had no medical exemption, but his team was able to offer up a backdated prescription for the steroid.

Human growth hormone is one of the most popular performance enhancers on the market today. Human growth hormone, also known as HGH, is an anabolic agent. HGH increases strength, size, and power, and it isn’t easy to test for it. Even now, sports authorities have trouble getting an accurate reading on HGH. The hormone is created in the pituitary gland and is used to build muscle and mass, so it became popular among athletes and bodybuilders.

Actovegin is an anti-diabetes drug. Armstrong initially claimed that he had never heard of it, and his team says it was used to treat road rash. As a steroid, Actovegin can be used to increase oxygen delivery to muscles. The more oxygen muscles have, the better they perform during workouts. More oxygen also means muscles can recover faster and develop more. While USADA does not technically ban Actovegin, Armstrong and his team lied about taking it was used against them as evidence in the case over the use of performance enhancers.

How is Lance Armstrong Today?

It’s worth noting that the steroids Lance Armstrong took never affected his health. He was always in excellent condition and remained that way to this day. He recently finished filming the LANCE documentary created by ESPN. The documentary covers the rise and fall of Lance Armstrong, including his battles with cancer and the doping allegations. The documentary also includes input from his friends and family about that time of his life.

Lance has moved on from cycling and now owns a coffee shop in his home town, which he called Juan Pelota Café as a reference to his battle with testicular cancer. Lance sometimes contributes to cycling and has provided commentary and analysis for free so as not to violate his ban from the sport.